‘We used to look up to you!’ Student responds to KPMG’s disgraced partners 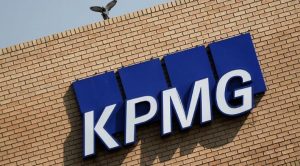 ‘This is very serious in more ways than people will realise at first,’ says Issie, a young third-year student at NMMU in George, Western Cape. ‘You have let down the youth as well. It affects how we will be viewed in our jobs one day.’ Over the past few years, South African students (and indeed students worldwide) have shown just how fed up they are with their elders. The handling of responsibility and of funds have been major points of contention. It seems big private sector players can really let students down where it most hurts too.

Initially, KPMG had to take disciplinary action for certain partners’ failure to declare financial interests. Shortly after this news broke, major clients, including Parliament, other government bodies, and Barclays Africa, cancelled contracts with the company. Meanwhile, that infamous name – Gupta – has also crawled out the woodwork, overseas KPMG shareholders are up in arms, and the company apparently isn’t sure whether it will continue to service the SA market in future.

KPMG has thus begun a review of work completed over the last year and a half to identify the extent of the problem and they have promised to address everything. The big auditing group is seeking reform and ‘to put quality and integrity at the heart of the firm’ again. We wish KPMG the best of luck with that, and for the sake of those innocent parties (particularly other auditors and the broader public which KPMG directly and indirectly serves in many ways) it had better be done right and soon.

What is the full extent of the damage caused by those who refuse to follow ethics codes in auditing? Some have said that there is also a certain arrogance and bad attitude about some in the auditing field, as though they believe their feet don’t touch the Earth. But how some have come crashing down recently.

NMMU student Issie said, ‘For us as business students, auditing is the most revered branch of our fields. They are supposed to be our security against fraud, our watchdogs, and they have to be above this… There is a very high code of conduct they must subscribe to, and these scandals throw the profession into disrepute.’

Issie here refers to the Independent Regulatory Board for Auditors (IRBA), which has also been investigating KPMG of late. The IRBA code of conduct is the most important one internationally and SA auditors must subscribe to it.

‘I really want to be an auditor one day,’ Issie said. ‘The ideals and ethics, their work appeals to me. For students like me who want to be auditors, it’s a huge letdown to see that our leaders in the field are corrupt.

‘I think it is a symptom of government corruption that is filtering down. Everyone is getting slack, and I feel that they had better fix this. They had better stick to a high standard or the up-and-coming youth will reject them.

‘Part of the solution needs to be speaking to the youth, to students. We want to be spoken to on how auditors are having success, because I think most are actually doing their best. But how do they resist pressure? Who is in their community of practice that we can rely on? I want to know if it is a stable community, and that we can call on them if there’s reluctance or resistance to transparency. If there isn’t one, then we must have one.’

Issie feels that it is important to instil a sense of respect for the profession among potential auditors beginning at the university level, and an understanding of the gravity of the auditor’s responsibilities.

‘I think, when pressure comes from top levels, from powerful officials and government, it creates fear and distress… Maybe they feel forced into compromises that they make because there are angry officials who’ve got a lot to lose. Some auditors can even be victims here, but they still need to resist, and they’ve got to have support as whistleblowers… I want to know what I must do if I am in such a situation one day.’

Issie concluded that is in the public interest to maintain good relationships with auditors and support those whose assurances can be trusted. The auditing profession will recover from the KPMG and other scandals. Indeed it must, and we must keep faith in those deserving because we need them. The public must compel auditors to stick to the highest standards and support those with a good reputation.

We reached out to The Ethics Institute (TEI) for comment. TEI Editorial and Communications Manager Grace Garland responded, ‘There are two approaches to managing ethics – reactive and proactive. The first approach is appropriate after the fact, so to speak, once a transgression has already taken place.

‘The second approach seeks to pre-empt transgressions by creating awareness of ethics, providing training and making available the facilities necessary to make it easier for people to behave ethically in the workplace (a safe reporting line is a good example of such a facility).

‘The majority of organisations are in the former category: something has gone wrong and they want to make sure it doesn’t happen again. South African organisations are currently going through a fair amount of soul-searching, following recent scandals, so the proactive approach is also featuring quite strongly.’

Garland says that training can have an extremely powerful impact and it is a critical step in the overall governance and management of organisational ethics. However, she warns that it is not the only critical step. There are a number of other components, and leadership commitment is probably foremost.

‘In other words, if an organisation has a senior leader who obviously flouts ethical standards, efforts spent on training staff will have limited impact. This is the “tone at the top” we speak about often. So “training” should not automatically imply general staff training – the leadership at governance and executive level also need to be made ethically aware and must demonstrate their commitment to good conduct. Actions speak louder than words.’

Considering Garland and Issie’s views, it is strongly recommended that auditors who are leaders in the profession, besides displaying trustworthiness and strictly managing ethics, also get out there and speak to students, reassuring and educating them on the issues. This should be considered a key part of the auditing profession’s response to the recent scandals.