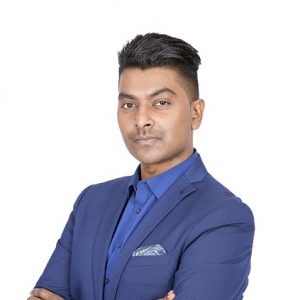 Game theory was developed by John Nash and other mathematicians and strategists to help deal with complex problems, initially the nuclear standoff between Russia and the US which threatened everyone, not only these two nations.

Game theory is not a simple theory, it is quite complex, but it does help predict the best way forward with more accuracy. It has been successfully applied in business, negotiation and economic contexts.

Contrary to its name, it does not mainly deal with recreational activities, but rather with more serious events with greater consequences. It is not one theory, but a collection of theories based on research in all manner of contexts. In our everyday relationships, the theory has a few very helpful things to teach us. Let’s examine them.

Firstly, through running simulations of all kinds of situations, and taking into account that we cannot fully predict the reactions of other players, it was found that the best first move to make in any situation – the one most likely to succeed – is simply to cooperate.

If we want to achieve success in our relationships, we should cooperate. It may not always lead to a win-win outcome initially. Occasionally it will have no positive effect because the other party may refuse to cooperate and there is nothing we can do to dissuade them. Some people only engage with others in order to compete. They play only to win (to be seen as better than everyone else in some way); they don’t play to play (such as enjoying one’s work, cooperating, and achieving team goals).

There may be times when we must refuse to cooperate, such as when someone tries to get us to do something illegal or that would injure someone. We would need to be firm and state our reasons for not complying. We can, however, show a spirit of cooperation despite refusing to go along with their wishes. We can do so by offering an alternative to them, and offering to assist them in an ethical/legal manner if possible.

For example, a coworker might want us to help them steal from the company. Perhaps they are having a hard time financially, or perhaps it is greed. Whatever the cause, we can encourage them not to steal because it could lead to them losing their job and going to jail. In the long term, they will lose rather than gain, including through guilt and sleepless nights.

Offer an alternative: Why not ask the company for a raise to help with increasing expenses; ask for an interest-free loan from the company, friend or relative to see you through a tough time; or go to the bank to apply for credit? It might even be time to find another position, or work towards one with a higher pay grade.

Remind them that they might gain a little in the short term by stealing, but they can gain much more by working towards long-term goals in an honest way, especially when people respect them. Do they really want to damage their relationship with you? They are putting you in a difficult position. But you will not choose them over your own career. You will not compromise the collective good because stealing decreases profit, which leads to higher costs, and hurts everyone’s chances of getting a raise.

Secondly, teams that cooperate achieve more and better results than individuals alone. Groups are able to learn how the system works and adapt their strategy faster than individuals alone. Working in groups is challenging, and conflict inevitably arises. However, working through such conflict together and not giving up on others is the best possible strategy to follow.

It is more productive to invest time in our relationships at work rather than ignoring or abusing them. While individuals may seem to benefit from acting selfishly, the benefits are limited and inevitably hurt them.

Let’s consider an example of how being uncooperative in a team is destructive. We are considering the field of biology. There are such things as ‘selfish cells’. These are in fact cancerous cells. A tumour grows when a cell is very unhealthy, but instead of dying, it gets out of control and makes endless copies of itself at the expense of the rest of the body.

The outcome of this selfishness is that the cell and its copies damage and can eventually kill the very thing that was keeping them alive. Cancerous cells are thus removed or killed off by treatments such as chemotherapy.

On the other hand, everyone benefits from cooperation and avoiding proliferating negativity. It is also interesting to note that the vast majority of cells have an autodestruct gene, meaning that they simply die out of their own if there is something wrong with them. If they are rouge cells and don’t self-destruct, the body usually gets rid of them before they can do damage.

In the end, most unhealthy cells do not last long. We may just need to be patient, wait it out, and continue to pursue happiness and cooperation in our lives and work as best we can. Eventually, most trouble-makers leave. If they are still around, seek shelter and foster good relationships in your team and co-workers.

Thirdly, assumptions about others reduce our rationality. When we make assumptions about others before getting to know them as individuals, we reduce our ability to make sound decisions. If we have negative assumptions about certain people or groups, they notice this, and they will respond usually by closing up towards us in order to protect themselves. It thus becomes difficult to communicate, build trust and achieve goals. If we behave and speak from a prejudiced stance, we can also find ourselves in a disciplinary hearing.

Game theory teaches us that we need to work and make decisions without and in spite of such negative beliefs and assumptions if we are to succeed in the workplace and in our relationships.